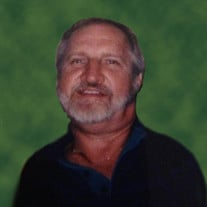 Mr. Wayne Phillips affectionately known as “Big Daddy” in the racing community and “Paw Paw” to his grandchildren, age 67, passed away peacefully at his residence on the morning of January 30, 2015. Wayne was born in Paulding County on February 9, 1947 to loving parents, the late Mr. Wendell Phillips and Mrs. Betty Ann Arnold Phillips. Wayne owned and operated the True Value Hardware Store in Dallas for many years. Wayne was a Christian and of the Baptist faith. He was also involved in several community organizations throughout the years such as the Boy Scouts of America, Lyons Club, and the Rotary Club. In his spare time, Wayne enjoyed racing and his favorite driver was his son, Nic. Wayne is survived by his loving wife of 25 years, Mrs. Janie Phillips of Dallas; three children, Ms. Paula Daves, Mr. Nic (Monica) Phillips, and Mrs. Chrissy (Luke) Harris all of Dallas; five grandchildren, Morgan Daves, Taylor Phillips, Lyndsey Phillips, Levi Harris, and Ivy Harris also of Dallas; three sisters, Mrs. Janice (Mike) Webb of Fairburn, GA, Mrs. Robin (Hal) Davenport of Dallas, GA, and Ms. Bonnie Skinner of Austell, GA. Several nieces and nephews and many other relatives and friends also survive. Wayne is preceded in death by his beloved parents and granddaughter, Ashlee Harris. Funeral services for Mr. Wayne Phillips will be conducted on Sunday, February 1, 2015 in the Chapel of Jeff Eberhart Funeral Home at 3 PM with ChaplainWinston Freckleton, David Austin, and Steven Crew officiating. Music will be provided by the Tibbitts family and Jeff Eberhart. Per his wishes, Wayne will be cremated following the service and no internment is scheduled at this time. The family will receive friends at the funeral home on Saturday, January 31, 2015 from 5-9 PM. In lieu of flowers the family has requested that donations be made to the ALS foundation in honor of Wayne’s niece Kimberly Webb Grogan. www.gofundme.com/dnptf8 Jeff Eberhart Funeral Home is honored to serve the family of Mr. Wayne Phillips.

The family of Mr. George Wayne Phillips created this Life Tributes page to make it easy to share your memories.

Mr. Wayne Phillips affectionately known as “Big Daddy” in the...

Send flowers to the Phillips family.