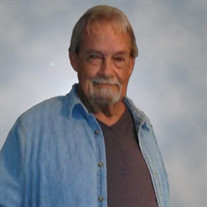 Mr. John Walter “Johnny” Smith, age 70, of Dallas, GA, passed away on Thursday morning, August 6, 2015, at Wellstar Cobb Hospital. A native of Dallas and Paulding County, Johnny was born on December 11, 1944, the son of the late George ODell Smith and Irma Mae Denton Smith. He had been a lifelong resident of Dallas and Paulding County and was a veteran of the United States Army, serving during the Vietnam War. Prior to retirement, Johnny was associated with Lockheed Martin for a number of years. He was a member of Northside Baptist Church, was an avid deer hunter, enjoyed fishing and loved playing golf. In addition to his parents, Johnny was preceded in death by two sisters, Margaret Leggett and Carolyn Rakestraw. Johnny is survived by his wife of over 47 years, Rebekah Atcheson Smith, who he married on November 22, 1967; one daughter and son-in-law, Lynn and Kendall Smith of Dallas; one son and daughter-in-law, Chris and Tonya Smith of Powder Springs, GA; five grandchildren, Taylor Smith, Brooke Smith, Levi Smith, Cade Smith and Makenzie Smith. Several nieces, nephews and other friends and relatives also survive. Funeral services for Johnny will be held on Saturday, August 8, 2015, at 2:00 p.m. in the chapel of Jeff Eberhart Funeral Home with Rev. Shad Smith and Rev. Charles Dyer officiating. Interment will follow in the Dallas City Cemetery. Johnny will remain at Jeff Eberhart Funeral Home where the family will receive friends on Friday evening, August 7, 2015, from 4:00 until 9:00 p.m. Pallbearers are asked to meet at the funeral home on Saturday by 1:30 p.m. and include Cade Smith, Levi Smith, Barry Atcheson, Leonard Chambers, Jonathan Leggett and John Leggett. The staff of Jeff Eberhart Funeral Home is honored to serve the family of John Walter “Johnny” Smith.

The family of Mr. John Walter Smith created this Life Tributes page to make it easy to share your memories.

Send flowers to the Smith family.