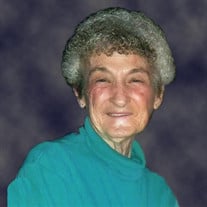 Mrs. Judith Faye “Judy” Ellison, age 70, of Rockmart, GA, passed away on Saturday, March 14, 2015. Judy was born on August 24, 1944, in Paulding County, GA, the daughter of the late Otis Hassel Hicks and Gladys Myrtle Hayes Hicks. She had been a resident of Paulding County all her life and was a member of the Yorkville Baptist Church. Judy was a housewife and homemaker who loved working in the yard, growing flowers and making sure her visitors were all fed and were not thirsty. Judy is survived by her husband, Robert N. Ellison, to whom she was married on February 17, 1961; one daughter and son-in-law, Angela and Ray Austin of Rockmart; one son and daughter-in-law, Lee and Ann Ellison of Ladson, SC; eight grandchildren, Kelly Ellison, Dalton Ellison, LaSha Ivey, Joshua Austin, Hannah Austin, Brooke Driver, Marie Blair and Brandy Collins; three great-grandchildren, Ryan Ivey, Sammy Gonzalez and E.J. Driver. Two sisters and a brother-in-law, Irma and Walter Worthan of Rockmart, and Helen Norris of Smyrna, along with a host of nieces and nephews also survive. Funeral services for Mrs. Judith Faye “Judy” Ellison will be held on Tuesday morning, March 17, 2015, at 11:00 a.m. in the chapel of Jeff Eberhart Funeral Home with Rev. Earnest Fennell officiating. Interment will follow in the Yorkville Baptist Church Memorial Gardens. Judy will lay in-state at Jeff Eberhart Funeral Home where the family will receive friends Monday, March 16, 2015, from 5:00 until 9:00 p.m. Pallbearers are asked to meet at the funeral home on Tuesday by 10:30 a.m. and include Ray Austin, Joshua Austin, Lee Ellison, Randy Sims, Walter Worthan and Michael Ivey. The staff of Jeff Eberhart Funeral Home is honored to serve the family of Mrs. Judith Faye “Judy” Ellison.

The family of Judith Faye "Judy" Ellison created this Life Tributes page to make it easy to share your memories.

Send flowers to the Ellison family.