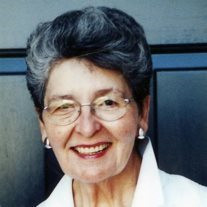 Mrs. June Rita Gibson Catalano, age 79 of Dallas passed away on Sunday, February 16, 2014 at Wellstar Paulding Hospital. Mrs. Catalano was born on November 19, 1934 in Covington, VA, the daughter of late Daniel Gibson and the late Maggie Rebecca Worley Gibson. She worked as a secretary with the Long Island School system and was a member of the Plainedge Baptist Church where she was a Sunday School teacher, church secretary and sang in the church’s choir. She worked with the Beaver Creek Bible Club and loved working with and teaching children. She was a good all-around lady. In addition to her parents, she is preceded in death by two brothers, James and Sonny Gibson. Mrs. Catalano is survived by her husband, Mr. Leonard “Buddy” Catalano; her children, Eddie Catalano and his wife, Debbie of Long Island, NY, Dan Catalano and his wife, Donna of Acworth, Patty Stoye and her husband, Edwin of Dallas; her step children, John Catalano and his wife, Mildred of North Carolina, Jeanne Whittner of Marietta, and Lisa Kiss and her husband, Steven of Long Island, NY; nine grandchildren; eight great grandchildren; a sister, Judy Lee of Michigan, and a brother Gary Gibson of North Carolina. Funeral services for Mrs. Catalano will be held on Sunday, February 23, 2014 at 2:00 PM in the chapel of the Jeff Eberhart Funeral Home with Rev. Thomas Cole officiating. Interment services will follow in the Cheatham Hill Memorial Park Cemetery. The family will receive friends at the funeral home on Sunday, February 23, 2014 from 11:00 AM until the funeral hour. The Jeff Eberhart Funeral Home is in charge of the funeral arrangements for Mrs. June Rita Gibson Catalano.

The family of Mrs. June R. Catalano created this Life Tributes page to make it easy to share your memories.

Send flowers to the Catalano family.