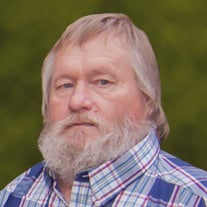 Mr. Leonard Cleveland Payton, Sr. age 57, of Dallas, GA, died Wednesday, January 14, 2015, at his residence. Leonard was born in Cobb County, GA, on December 1, 1957, the son of the late Leonard C. Payton and Dorothy Marie Hester White. He had been a resident of Dallas and Paulding County for the greater part of his life. Leonard was a member of the Hopkins Road Christian Fellowship where he proudly served as a Deacon. Prior to becoming disabled, he was associated with BCS Plumbing. Leonard enjoyed coaching Little League Baseball when his sons were playing and after they were grown, continued in Little League as an umpire. He was an avid fan of westerns on TV. Leonard is survived by his wife, Rhonda Lynn Collins Payton, to whom he was married on February 15, 1979; one daughter and son-in-law, Misty and Tommy Jones of Woodstock, GA; three sons and daughters-in-law, Leonard, Jr., and Tonya Payton of Woodstock, Robbie and Rachel Payton of Dallas, and David and Heather Payton of Woodstock; sisters and brother-in-law, Janie Marie Wright, and Sherrie and Jack Harrison; brothers and sisters-in-law, Kenneth and Angie McGarity, J.C. McGarity, Nick and Missie Hall, and David Hall. Fifteen grandchildren and a host of nieces and nephews also survive. Funeral services for Leonard will be held on Monday afternoon, January 19, 2015, at 3:00 p.m. in the chapel of Jeff Eberhart Funeral Home. Interment will follow in the Kennesaw Memorial Park. Leonard will lay in-state at Jeff Eberhart Funeral Home where the family will receive friends on Monday from 1:00 p.m. until the funeral hour. Leonard’s sons, son-in-law and grandsons will serve as pallbearers and include Leonard Payton, Robbie Payton, David Payton, Joey Payton, Cheston Jones and Tommy Jones. The staff of Jeff Eberhart Funeral Home is honored to serve the family of Mr. Leonard Cleveland Payton, Sr.

The family of Mr. Leonard Cleveland Payton Sr. created this Life Tributes page to make it easy to share your memories.

Send flowers to the Payton family.