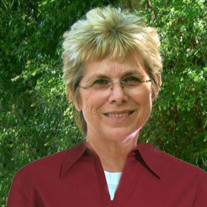 Mrs. Linda “Joan” Smith Humphreys, age 69 of Dallas, GA, passed away peacefully on August 25, 2015, at Kennesaw Mountain Tranquility Hospice. Joan was born on January 19, 1946, in Powder Springs, GA, to loving parents, the late Mr. Lemon Smith and Mrs. Opal Carnes Smith. Joan retired from the Hiram Post Office where she worked as a mail carrier for many years. In her lifetime, she also worked for the Paulding County School System as a bus driver. A Christian, she was of the Baptist faith. In her spare time she enjoyed shopping and spending time with her grandchildren. Joan is preceded in death by her parents and two sisters, Marilyn Pickett and Annie Jean Willingham. In addition, she is also preceded in death by two brothers-in-laws, Mr. Doy Willingham and Mr. Wendell Pickett. Joan is survived by her husband of many years, Mr. Jimmy Humphreys, whom she married on April 29, 1964; one son and daughter-in-law, Dwayne and Nikki Humphreys of Rockmart, GA; one daughter and son-in-law, Angie and Scott Jackson of Temple, GA; six grandchildren, Alyssa Jackson of Bremen, Zachary Jackson of Temple, Dayton Humphreys, Ashley Maulding, Jakob Humphreys, and Kameron Humphreys all of Dallas; two great-grandchildren, Dallas Patrick of Bremen and Brayden Scott Odom of Dallas; two brothers, Sanders Smith of Dallas and Sherrel Smith of Newnan, GA. In addition, several nieces and nephews and many other relatives and friends also survive. The funeral service for Joan Humphreys will be conducted on Saturday, August 29, 2015, at 1:00 PM in the Chapel of Jeff Eberhart Funeral Home with Rev. Joe Pritchard officiating. Interment will follow in the Dallas Memory Gardens Cemetery. Scott Jackson, Todd Pickett, Tony Pickett, Josh Parish, Wayne Willingham, and Wesley Willingham will serve as pallbearers. The family will receive friends at the funeral home on Friday, August 28, 2015, from 4:00 until 9:00 PM. The staff of Jeff Eberhart Funeral Home is honored to serve the family of Mrs. Linda Joan Smith Humphreys.

The family of Mrs. Linda Joan Humphreys created this Life Tributes page to make it easy to share your memories.

Send flowers to the Humphreys family.