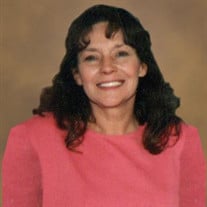 Ms. Linda Sue Lewis, age 66, of Mableton passed away on Tuesday, August 18, 2015. Linda was born on June 2, 1949, in Atlanta, GA to loving parents the late Mr. Charles Turnipseed and Mrs. Lois Lade Turnipseed. Linda was a member of the Faith United Methodist Church in Smyrna, GA for many years. In her spare time, she enjoyed cooking, gardening, and spending time with her grandchildren. In addition to her parents, she is preceded in death by her brother, Robert Turnipseed, and one grandson, Joseph Handley. Linda is survived by four children, Kim Fralish of Dallas, Kelly (Robert) Still of Acworth, Kristy Sprayberry of Mableton, and Kasey Fralish also of Mableton; nine grandchildren; eight great-grandchildren; life partner, Michael Shipman of Mableton; three brothers, Rick (Melissa) Turnipseed and Randy (Cynthia) Turnipseed both of Carrollton and Jeff Richardson. Several nieces and nephews and many other relatives and friends also survive. A Celebration of Life for Linda will be held on Sunday, August 30, 2015, at 3:00 p.m. in the chapel of Jeff Eberhart Funeral Home. The staff of Jeff Eberhart Funeral Home is honored to serve the family of Ms. Linda Lewis.

The family of Mrs. Linda Sue Lewis created this Life Tributes page to make it easy to share your memories.

Send flowers to the Lewis family.