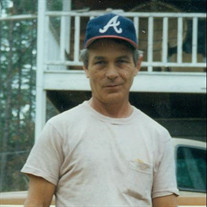 Mr. Lloyd Clarence Pearson, age 73, of Rockmart, GA, the Yorkville Community of Paulding county passed away peacefully with his family by his side on Saturday March 9, 2019. Mr. Pearson was born on November 16, 1945, in Adairsville, Georgia, to the loving parents, the late Mr. Claude Pearson and Mrs. Eunice Bailey Pearson. He grew up in Hiram, Ga. and was a carpenter by trade. He was married to the late Mrs. Lynn Pittman Pearson. He had a great sense of humor, loved to have a good time and joke around with people. Mr. Pearson especially loved spending time with his family. He will be missed dearly by all who knew him. Mr. Pearson is survived by his Step-daughters, Mrs. Brandy Vise and Mrs. Joy Clayton; Siblings; Mr. & Mrs. William (Carol Frances Pearson) Florence, Mrs. Margaret Stokes, Mr. & Mrs. Buddy (Mildred) Brooks, Mr. & Mrs. Kenneth (Sandra) Pearson, Mrs. Martha Bearden and Mr. & Mrs. Michael (Brenda Jones) Rogers, Step Grandchildren; Breelynn Mosher, Madison Clayton and Tyler Clayton. Many nieces, nephews and other relatives and close friends also survive. In addition to his wife and parents, Mr. Pearson was preceded in death by his siblings; Howard C. Pearson, Robert Glenn Pearson and Joanie Pearson. Funeral services will be held on Tuesday, March 12, 2019, at 2:00 PM, from the Jeff Eberhart Funeral Home Chapel with Rev. Joe Holcomb. In keeping with Mr. Pearson’s wishes he will be cremated following the service. Mr. Pearson’s family will be receiving friends on Tuesday from 1:00 PM until the hour of the service at 2:00 PM. Please join the family in honoring his life by visiting www.jeffeberhartfuneralhome.com to sign the register book and share a memory. Jeff Eberhart Funeral Home is honored to serve the family of Mr. Lloyd Clarence Pearson.

Mr. Lloyd Clarence Pearson, age 73, of Rockmart, GA, the Yorkville Community of Paulding county passed away peacefully with his family by his side on Saturday March 9, 2019. Mr. Pearson was born on November 16, 1945, in Adairsville, Georgia,... View Obituary & Service Information

The family of Mr. Lloyd C. Pearson created this Life Tributes page to make it easy to share your memories.

Send flowers to the Pearson family.