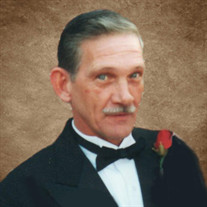 Mr. Ralph Corbin, affectionately known to his family and friends as “Buddy”, age 70, of Dallas passed away at his residence on Wednesday, April 6, 2016. Buddy was born on November 7, 1945, in Atlanta to loving parents, the late Mr. Furman Blair Corbin and Mrs. Annie Ruth Luther Corbin. Buddy worked as a pipe fitter for many years and eventually retired. Buddy was known for having a great heart and loved his children and his grandchildren. In addition, he was crafty and enjoyed working outside and with his hands. He was a Christian and of the Baptist faith. In addition to his parents, Buddy is preceded in death by his brother, Johnny Corbin. Buddy is survived by his wife of 33 years, Mrs. Valerie Corbin of Dallas; three children, Matt (Kathy) Corbin of McDonough, Crystal (Anthony) Armato of Dallas, and Erica (John) Marcinowski also of Dallas; eight grandchildren, Brianna Corbin, Carter Corbin, John-John Marcinowski, Angel Armato, Ian Corbin, Kayla Corbin, Eric Marcinowski, and Alea Armato; five siblings, JoAnna Davis, Janet Hebert, Sylvia Farnell, Archie Corbin, and Eddie Corbin. In addition, several nieces and nephews and many other relatives and friends also survive. The funeral service for Buddy Corbin will be held on Saturday, April 9, 2016, at 2:00 PM in the Chapel of Jeff Eberhart Funeral Home with Rev. Thomas Cole officiating. Jeff Chumley, Scott Cranford, Chase McCoy, Max McCoy, and Steven Chumley will serve as pallbearers. Interment will follow at Peaceful Meadows Cemetery. The family will receive friends at the funeral home on Saturday, April 9, 2016, from 1100 AM until 2:00 PM. The staff of Jeff Eberhart Funeral Home is honored to serve the family of Mr. Ralph “Buddy” Corbin.

The family of Mr. Ralph "Buddy" Corbin created this Life Tributes page to make it easy to share your memories.

Mr. Ralph Corbin, affectionately known to his family and friends...

Send flowers to the Corbin family.