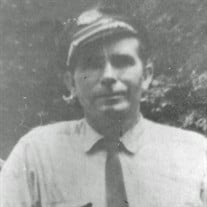 Mr. Ray Albert Manley, affectionately known as “Junior”, age 91, of Griffin, GA, passed away on Thursday, June 16, 2016, in Dallas, GA. Junior was born in Griffin on August 1, 1924, the son of the late Albert Ray Manley. For several years he served as Chief of Police in Milner, GA. Prior to retirement Junior was a truck driver for over 30 years, lastly driving for Motor Convoy Company. Junior was a member of the Milner Baptist Church. He enjoyed the outdoors and especially fishing. In addition to his parents, he was preceded in death by his wife, Bonnie Rush Manley, two sons, Dennis and Ferrell Manley, two brothers and two sisters. Junior is survived by a daughter, Lynn Manley Stewart; brother and sister-in-law, Gene and Geraldine Manley. Several nieces, nephews and other family members also survive. A memorial service to celebrate the life of Ray Albert “Junior” Manley will be held on Saturday, June 25, 2016 at 2:00 p.m. in the Milner Baptist Church, Milner, GA, with Pastor Dr. Ken Ross officiating. Inurnment will follow in the Milner Baptist Church Cemetery. The staff of Jeff Eberhart Funeral Home is honored to serve the family of Ray Albert “Junior” Manley.

The family of Ray Albert "Junior" Manley created this Life Tributes page to make it easy to share your memories.

Send flowers to the Manley family.