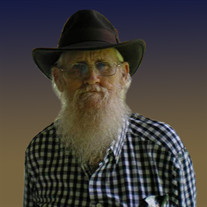 Mr. Rick “Papa” Robertson, age 62 of Dallas, GA, died Friday morning, August 22, 2014, at his residence following an extended illness. Rick was born in Atlanta, GA, on May 8, 1952, the son of the late Arthur Bandy Robertson and Patsy Ruth Wheeler Dunn. He was a heavy equipment operator for a number of years and was associated with Georgia Pipeline and Hauling. Rick loved deer and turkey hunting, was an avid Braves fan and always enjoyed watching NASCAR races. In addition to his parents, he was preceded in death by a sister, Lucinda Ann Dunn, and grandparents, Emma Ruth Harris and Fred Wheeler. Rick is survived by his wife, Rose Camp Robertson, to whom he was married on November 24, 1973; two daughters and son-in-law, Heather Robertson of Temple, GA, and Kari and Joshua Brown of New Georgia community; three grandchildren, Robert W. Glover II, Patience Brown and Harmony Brown; a sister and brother-in-law, Angela and Michael Taylor of Dallas. Several nieces, nephews and friends also survive. Funeral services for Rick will be held on Monday afternoon at 2:00 p.m. in the chapel of Jeff Eberhart Funeral Home with Mr. James Lollis and Mr. Larry Robert officiating. The eulogy will be given by Mr. Van Gandy. Interment will follow in the New Hope Cemetery. The family will receive friends on Sunday afternoon from 5:00 until 8:00 p.m. at Jeff Eberhart Funeral Home. Pallbearers are asked to meet at the funeral home on Monday by 1:30 p.m. and include Kyle Spivey, Damon Gandy, Jacob Camp, Michael Camp, Dean Camp and James Ivan Youman. The staff of Jeff Eberhart Funeral Home is honored to serve the family of Mr. Rick “Papa” Robertson.

The family of Mr. Rick "Papa" Robertson created this Life Tributes page to make it easy to share your memories.

Send flowers to the Robertson family.