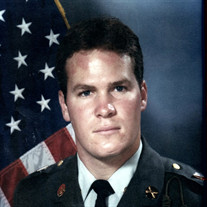 Mr. Scott Edward Recker, age 48, of Acworth, GA, passed away on Tuesday, September 9, 2014, at home. Scott was born on December 1, 1965, in Pasadena, TX to the loving parents to Mr. John L. Recker and Mrs. Marlys Ann Recker. Scott grew up in Pennsylvania and joined the military where he rose to the rank of Sergeant in the United States Army. He served in the armed forces for three years. He was associated with Scholle Chemical Company for over 23 years and was a supervisor in transportation. Scott loved playing video games and eating Mexican foods. He is preceded in death by his step-son Jeremy Johnston. Scott is survived by his wife of 24 years, Mrs. Bobbie Recker, to whom he was married on May 12, 1990; one brother, Jeff Recker of Auburn, GA; parents, Mr. & Mrs. John and Marlys Recker of Roswell, GA; two step-children Susan Johnston and Samantha Reibly both of Acworth, GA, five grandchildren, Jamie Johnston, Cassidy Freeman. Jules Freeman, Jesemy Brassell, Davian Brassell as well as other relatives and friends. A memorial service for Scott will be held on Saturday, September 13, 2014, at 3:00 p.m. in the chapel of Jeff Eberhart Funeral Home with Reverend Duane Gollahon officiating. Jeff Eberhart Funeral Home is honored to serve the family of Mr. Scott Edward Recker.

The family of Mr. Scott Edward Recker created this Life Tributes page to make it easy to share your memories.

Send flowers to the Recker family.